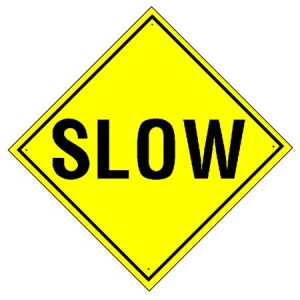 A recent survey conducted in April 2012 by the Pew Research Center‘s Internet and American Life Project found that 46% of participants experienced slow mobile data speeds multiple times a week or more often than that.

Of the participants, 49% of users reported experiencing slow mobile data speeds weekly. While only 21% of all surveyed users said they never experienced slow data speeds.

“As mobile owners become fond of just-in-time access to others and as their expectations about getting real-time information rise, they depend on the cell phone’s technical reliability,” said Jan Lauren Boyles, a Pew Internet Project researcher who authored the report. “Any problems that snag, stall or stop users from connecting to the material and people they seek is at least a hassle to them and sometimes is even more disturbing than that in this networked world.”

I have had issues in the past with horrible data speeds and I know first hand that it can be the most annoying thing. The results from this survey contrast that which the mobile networks advertise, below is the advertised mobile download speeds.