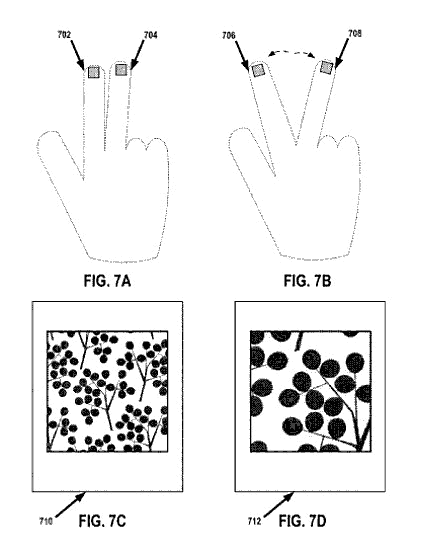 Google has been granted a glove-based gesture controlled, see with your hands, patent from the United States Patent and Trademark Office (USPTO) The patent uses a hand-mounted sensor that records the environment through a detector then works out what motion occurred. This would allow for gesture controls on non-touchscreen surfaces.

A sensor could be on one finger taking images of a surface while the other user draws a letter. The two images then are compared and the distance and direction traveled between the two would be worked out similar to the way an optical mouse works.

By using multiple sensors on multiple fingers and take multiple readings the system can figure out what letter is being written and can also detect gesture control commands such as pinching.

This is one of many patents Google has filed for control systems this year.