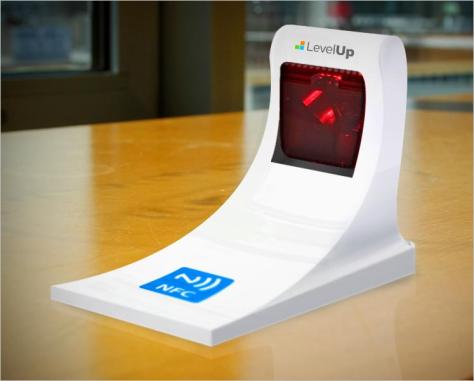 The payment and loyalty startup, LevelUp, is rolling out new merchant payment terminals that will handle both existing QR codes but also NFC payments from a handset.

LevelUp has almost 5,000 merchant locations where it handles payments. LevelUp Dock will be rolling out to new merchants first and then will replace existing hardware over the next few months. The new NFC-enabled payment terminals’ will also be offered free.

“Do I think NFC will be consumer hit in six months? Definitely not. But in three to five years? Absolutely,” according to Seth Priebatsch from LevelUp . “But whether we prefer QR code or NFC, I just want users to use what they use.” And the NFC dock will also be able to be upgraded to Bluetooth 4.0 in the future if that becomes a popular method of payment.

One way LevelUp can be differentiated from other forms of mobile payment systems such as Google Wallet and Isis is that instead of storing financial card information on the NFC secure element on the phone, LevelUp will only use the technology to initiate a transaction. LevelUp will use a rotating token to complete the transaction so no financial data is exposed. This will also make it less likely for LevelUp to be blocked by carriers for security reasons.

Users will have two ways to pay. When they arrive at a LevelUp dock, they will be able to tap their phone, which will open up their LevelUp app with the price of the transaction listed. The users can then complete the transaction by scanning a QR code on their phone or they can tap again to finish the purchase with NFC.