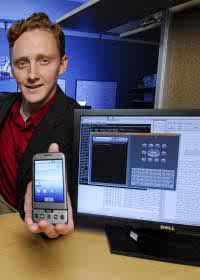 Researchers from Georgia Tech recently released a study that claims almost all mobile browsers in use in the U.S. fail to accurately notify users whether they are using HTTPS or not.

“The basic question we asked was, ‘Does this browser provide enough information for even an information-security expert to determine security standing?'” said assistant professor of computer science Patrick Traynor. “With all 10 of the leading browsers on the market today, the answer was no.”

According to the World Wide Web Consortium guidelines recommend that all browsers clearly identify the HTTPS status of their current connection. But when tested, the Georgia Tech researchers found that the browsers used by 90% of American mobile customers didn’t measure up.

The researchers stressed that the smartphone software generally had the same types of cryptographic and security capability found in traditional programs. But also that mobile browsers have serious limits on screen real estate compared to their desktop equivalents which is a major part of the problem.

However, the lack of an HTTPS indicator is still a problem, according to computer science Ph.D student Chaitrali Amrutkar, who authored the paper describing the study’s results.

“Research has shown that mobile browser users are three times more likely to access phishing sites than users of desktop browsers,” he said. “Is that all due to the lack of these SSL indicators? Probably not, but giving these tools a consistent and complete presence in mobile browsers would definitely help.”