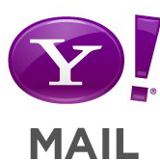 Yahoo Mail accounts have been hacked, with a DOM-based cross-site scripting vulnerability being the main vector of attack. Details of the hack, including how to perform the attack on specific e-mail accounts, has appeared online in a YouTube video demonstration, with the entire attacking process taking just a couple of minutes.

The attack has been demonstrated by a single person going by the name of Shahin Ramezany, according to The Next Web. The video seems to show a link being sent to a target user, which takes them to a seemingly-innocent URL. The attacker then uses details stored in log files to clone the cookie of the user and then gain access to their account, with the entire attack taking just over four minutes to complete. A post on Twitter by the hacker suggests that up to 400 million Yahoo Mail accounts are at risk from the attack until it gets patched by Yahoo, and a number of Twitter users have already confirmed they were victims of the exploit.

In July 2012, over 400,000 passwords and e-mail combinations were leaked from a Yahoo Voices server, rebranded from Associated Content. The attack at that time contained addresses for Gmail and AOL e-mail accounts, as well as Yahoo Mail.

Here is the Youtube Video of Yahoo Mail Hacking 2013.