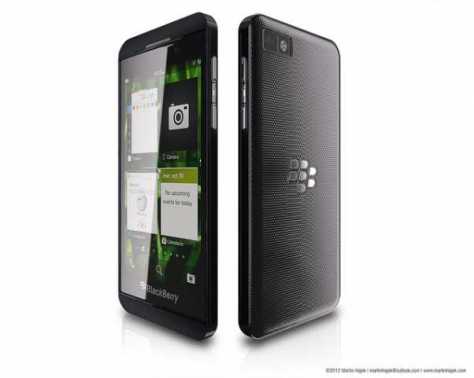 The iPhone isn’t that great and the Android OS is woefully insecure. Come Jan. 30, if mobile users take a hard look at their devices and then look at the new BlackBerry 10, RIM could be in for a windfall.

CIO – As we look ahead to 2013, it’s becoming increasingly clear that the new year provides an unprecedented opportunity for Research in Motion to make a huge comeback.

This is largely because the market is dominated by two platforms: Android, which is seen as an unsecure malware magnet, and iOS, which comes from a firm that has never learned to spell “IT.” In fact, Apple’s biggest failures were Lisa and the Apple Server, both created on Steve Jobs’ watch (Lisa was even his product, initially) and both targeted at the IT market.

While phones and tablets are largely a consumer play, they are increasingly being used for business. Even in a BYOD world, IT still has a great deal of say about the hardware connected to its networks and services. As we start 2013, and as RIM brings out its next-generation products, the company will stand alone as the only mobile solutions provider focused on IT first and the needs of users later.

RIM will still need corporate and consumer users, but given the threats the company faces, this differentiator could drive the back into market. Let’s look at a few other reasons why.

Siri represents an Emperor’s New Clothes issue that is cropping up around the iProducts. Siri, a voice command application that Apple has heavily marketed, really doesn’t work well. During Steve Jobs’ tenure, the company was able to create this image that, if a user had problems with the offering, then it was uniquely the user’s issue, but Tim Cook hasn’t been able to contain the customers talking among themselves and discovering that their problems are in fact common.

Apple’s success is partially due to the fact that users have largely ignored the problems with their products, while Apple has been incredibly effective in making those products seem trivial. However, MobileMe was terrible , and iCloud is marginally better. Both were critical to strong integration with Microsoft Exchange—which is a typical user requirement when tied to phone use for work.

If Apple users start looking at the faults in their devices—particularly in areas such as mail integration, where RIM is strong—the stage is set for a strong backlash favoring RIM.

Google recently pulled Exchange support from its mail platform as a free offering. Android lives in the world of free, and even though Google Play is second only to the Apple App Store in terms of the number of apps, app developers have long complained that they can’t make money from a customer base that will accept only free stuff. Into this tension Google now pushes Exchange support—for a fee.

On top of this, the device market is highly fragmented, which makes the operating system hard to secure and explains why Android is a malware magnet. A few months ago, for example, McAfee attacked an Android phone, causing it to cycle until it overheated and failed catastrophically. The mere idea that a phone might catch fire in a plane or office, should it be widely believed, would crater Android sales.

RIM, like Apple and Microsoft, operates in a way that promotes apps that people buy and focuses on making products secure. As a result, BlackBerry devices are likely to be favored by those abandoning Android.

Enter BlackBerry 10 to Save the Day?

I’ve had some time to talk to RIM about its upcoming platform, and it appears to address each one of these shortcomings with a vengeance. BlackBerry 10 is based on an OS that is used to operate machinery. RIM started with a business oriented core and then addressed consumer needs—as opposed to the more common approach of putting a business façade over a device that was targeted first at consumers.

If the market spits up Apple and Android devices for their inability to meet business user needs, RIM stands alone—or will, on Jan. 30, 2013 and the days that follow the BlackBerry 10 launch—as the company ready to embrace them. This is an unprecedented opportunity. As a result, 2013 could be an amazing year for RIM.

Rob Enderle is president and principal analyst of the Enderle Group. Previously, he was the Senior Research Fellow for Forrester Research and the Giga Information Group. Prior to that he worked for IBM and held positions in Internal Audit, Competitive Analysis, Marketing, Finance and Security. Currently, Enderle writes on emerging technology, security and Linux for a variety of publications and appears on national news TV shows that include CNBC, FOX, Bloomberg and NPR.