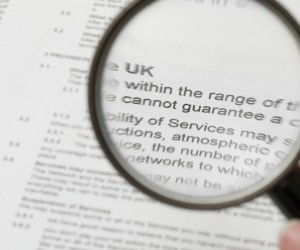 In one of the latest developments in the fallout of the PRISM story, the ACLU is currently suing four officials in the Obama Administration to try to get federal courts to put a stop to the NSA’s metadata program and delete all existing records. But if you ask the general U.S. population, as surveyed by the Pew Research Center, the average U.S. citizen appears to be more concerned about the data-collecting abilities of advertising networks like those of Google and Facebook, faceless malicious hackers, and even friends and family, than they are the government.

In this latest installment of its ongoing Internet & American Life research, Pew found that 86 percent of surveyed adult Internet users in the U.S. have made efforts to obscure their “digital footprints” — which could include simple measures like clearing cookies in your browser or something more involved like encrypting your email. Some 55 percent have taken this one step further by trying to block specific people or organizations — services like Disconnect.me, for example, have built an entire business on creating these tools.

But it is a sign of just how nebulous and pervasive privacy concerns are today that these efforts are not directed solely at state or government groups — despite all the recent attention from the PRISM revelations and the government’s role in gathering data.

“[Users’] concerns apply to an entire ecosystem of surveillance,” writes Lee Rainie, Director of the Pew Research Center’s Internet Project and one of the report’s authors. “In fact, they are more intent on trying to mask their personal information from hackers, advertisers, friends and family members than they are trying to avoid observation by the government.”

Read more by clicking the source link below.