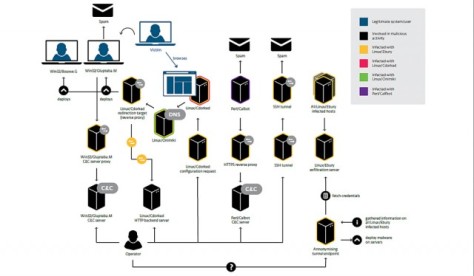 The Eset researchers, who have been instrumental in uncovering similar campaigns compromising large numbers of servers running the nginx, Lighttpd, and Apache Web servers, said the latest campaign has the potential to inflict significant harm on the Internet at large. They explained:

The number of systems affected by Operation Windigo might seem small when compared with recent malware outbreaks where millions of desktops are infected. It is important to keep in mind that, in this case, each infected system is a server. These usually offer services to numerous users and are equipped with far more resources in terms of bandwidth, storage and computation power than normal personal computers. A denial of service attack or a spam-sending operation using one thousand servers is going to be far more effective than the same operation performed with the same number of desktop computers.

For more information and the complete sorry click the source link below.