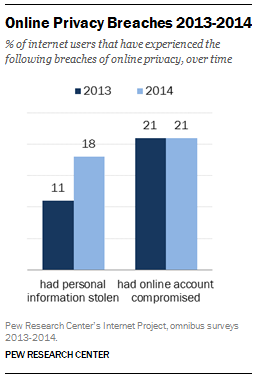 As news of large-scale data breaches and vulnerabilities grows, new findings from the Pew Research Center suggest that growing numbers of online Americans have had important personal information stolen and many have had an account compromised.

Findings from a January 2014 survey show that:

• 21% of online adults said they had an email or social networking account compromised or taken over without their permission. The same number reported this experience in a July 2013 survey.

Last week’s discovery of the Heartbleed security flaw is the latest in a long string of bad news about the vulnerabilities of digital data. The bug, which affects a widely-used encryption technology that is intended to protect online transactions and accounts, went undetected for more than two years. Security researchers are unsure whether or not hackers have been exploiting the problem, but the scope of the problem is estimated to affect up to 66% of active sites on the Internet.

In December, Target announced that credit and debit card information for 40 million of its customers had been compromised. Shortly thereafter, the retailer reported that an even larger share of its customers may have had personal information like email and mailing addresses stolen. In January, Nieman Marcus reported the theft of 1.1 million credit and debit cards by hackers who had invaded its systems with malware.

The consequences of these flaws and breaches may add insult to injury for those who have already experienced some kind of personal information theft. And research suggests that young adults and younger baby boomers may have been especially hard hit in the second half of 2013. 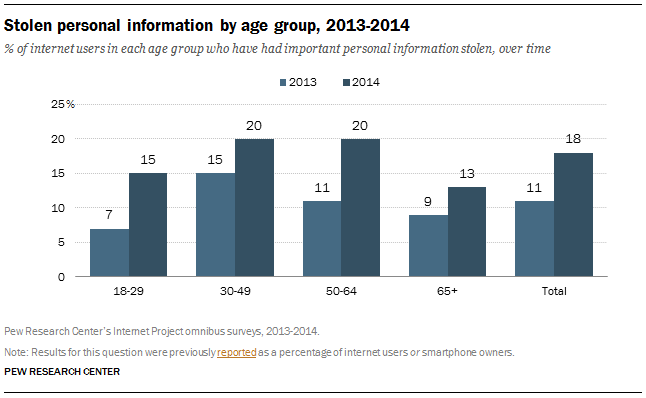