Entegra announced a rugged, modular tablet that’s configurable for a wide range of environments and applications, and supports both Android 4.2 and Linux.

Entegra’s CrossfirePro is unlike any tablet you’ve encountered: it’s the consummate chameleon of rugged slates, boasting a modularity that starts with its snap-in Qseven computer-on-module processing core and extends to nearly every aspect of its I/O and software. Though it ships standard with a 1.86GHz quad-core Intel Bay Trail M-series N2930 processor, the COM-based core supports alternatives ranging from faster or slower Intel and AMD x86 CPUs, to ARM-based SoCs. It also accepts I/O add-ons such as barcode scanners, magnetic strip readers, fingerprint scanners, smart card and NFC readers, and a variety of custom modules, says the company.

Entegra also offers three docks for the CrossfirePro, which support its use in office, point-of-sale, and vehicular environments. These would presumably be accompanied by snap-in or add-on modules, operating systems, and application software suitable to each market.

The photos below show how the Qseven COM and mSATA storage devices snap into compartments in the rear of the tablet.

To support such an extensive array of modularity, Entegra designed a unique mainboard that’s controlled by a PIC microcontroller. The PIC chip serves as a “traffic cop” to initialize and manage the options it discovers upon power-up, as illustrated in the diagram below. 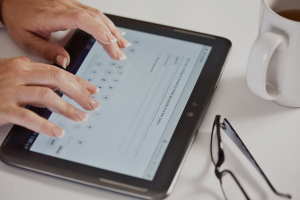 Anyone who has spent significant time typing on a tablet knows that despite its larger size, there’s still a massive room for error. Because it’s missing that satisfying, tactile clickety-clack of physical keyboards, tablets enable mistakes and typing hiccups in the same way that smartphones do. So it’s no surprise that Randy Marsden, co-founder of Android smartphone typing staple Swype, and a small team are seeking to reinvent tablet typing with a new startup called Dryft.

Announced at TechCrunch Disrupt, Dryft recognizes where hands move while typing, and subtly shifts the keys to compensate for the inevitable drifting (get it?) hands do across the device. The keyboard is able to track that by utilizing the accelerometer in a tablet to assess whether hands are moving or at rest. So users will be able to settle their hands on the keyboard without the risk of unintended typing — and with the added benefit of shifting keys. Marsden says those two features considerably boost natural typing speed up to 80 WPM, and lead to less errors.

See a video demo below:

Companies have made an earnest effort to perfect touchpad typing on tablets of all sizes in the last few years — most notably Apple’s split keyboard feature on the iPad. But that hasn’t stopped physical keyboard makers from producing some much-hyped products. If Dryft is able to get its resources together and get off the ground, it could prove to be as big a hit for Android tablets as Swype is for phones.

Marsden and co-founder Rob Chaplinsky are pushing Dryft into beta testing and are actively looking for OEM customers, developers and investors. 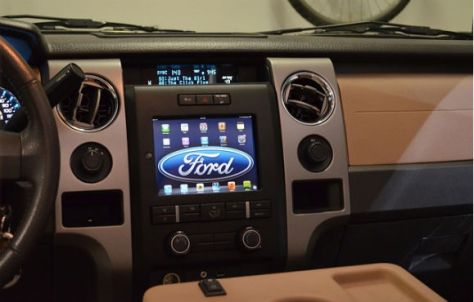 The most important part of this project is the frame to mount the iPad Mini in the right place. This required some careful measuring of both the iPad Mini and the width of the car’s dashboard, particularly the area just above the CD player where the iPad is located.

Interestingly, 2011SuperCrew started the project before he even owned an iPad Mini, so he used a wireframe template that’s available online.

2011SuperCrew had to completely gut his truck’s stereo control console. He then made his frame by cutting holes in the original dash, then applying body filler. He added a home button and after sanding and painting the frame, he attached his iPad Mini to the frame and placed the entire assembly in his truck.

The iPad draws power from a Lightning connector attached to the stereo system and 2011SuperCrew uses a MiFi hotspot to enable Wi-Fi connectivity to his truck. The rest of the features used on the iPad Mini simply rely on the apps installed on the tablet. 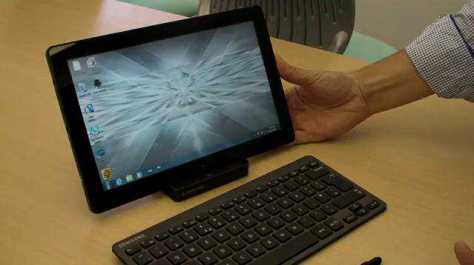 The Samsung Series 7 Slate provides the standard desktop configuration implementation of Windows 7 Professional and supports all the same programs as a full-size PC, in a slim and light weight tablet form-factor. It is a half-inch thick and features a responsive 11.6-inch touch screen, the Series 7 Slate allows for convenient use on the move but can also be docked or connected to an optional Bluetooth keyboard so no PC functionality is sacrificed.

“The Samsung Series 7 Slate combines high-end design and graphics with the strength and capabilities of a full-size PC,” said ID President and CEO Harry Martin. “Productivity will never be easier for all levels of U.S. Air Force employees who want the convenience of a tablet without having to compromise when it comes to programs, power and capabilities.”

“Highly mobile government agencies such as the U.S. Air Force are increasingly looking for mobile PC alternatives that can meet their stringent purchasing requirements and give their personnel the computing power they need for maximum productivity anywhere they go,” said Todd Bouman, vice president of marketing at Samsung’s Enterprise Business Division.  “Samsung engineered the Series 7 Slate with the needs of government in mind, from meeting strict security and network compatibility requirements to durability, quality and TAA-compliance.” 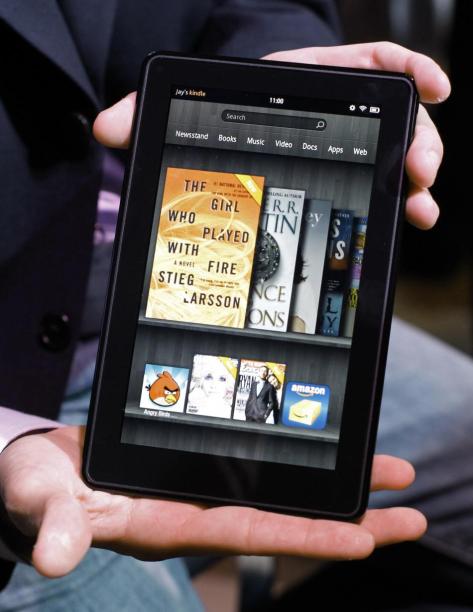 According to Demos Parneros, president of US retail for Staples, Amazon has plans to release ‘five or six’ devices, he told Reuters. The devices come in a range of sizes which includes a 10-inch tablet device. There is no word on weather or not a smartphone is one of the planned devices, though that has been rumored many times.

Amazon has also announced that it’ll be creating a new R&D hub in London, focusing on its services and APIs for TVs, consoles, smartphones and PCs, aimed at rolling these out across the globe. Although Amazon’s Kindle Fire tablet, with it’s Android App Store, that has been available in the US is still not available outside of the US.

I really do like the Kindle Fire as a tablet and I am anxious to see what Amazon releases in their next tablet on the market and I would love to see an Amazon smartphone make it’s way to the market at some point as well! 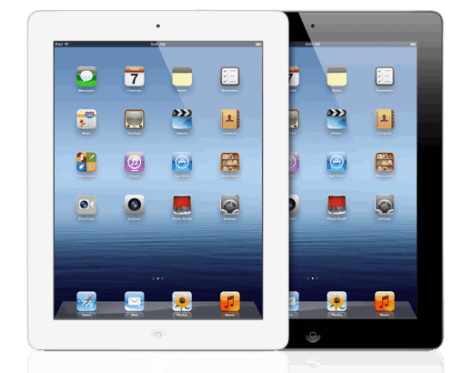 According to a new study from Consumer Intelligence Research Partners, which reportedly looked at activity patterns among iPad owners earlier this month, found that the majority of iPad owners surf the internet and entertainment rather than for business use or educational use.